You probably think that more choice is better than less – Starbucks certainly does – but consider these findings. People offered too many alternative ways to invest for their retirement become less likely to invest at all; and people get more pleasure from choosing a chocolate from a selection of five than when they pick the same sweet from a selection of 30. 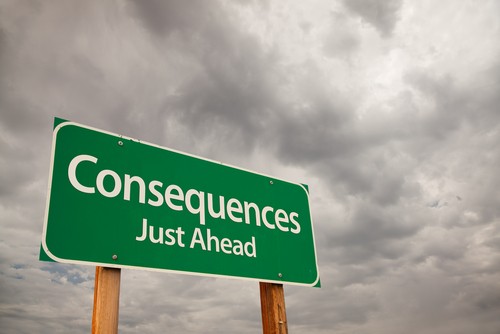 Decisions, decisions! Our lives are full of them, from the small and mundane, such as what to wear or eat, to the life-changing, such as whether to get married and to whom, what job to take and how to bring up our children. We jealously guard our right to choose. It is central to our individuality: the very definition of free will. Yet sometimes we make bad decisions that leave us unhappy or full of regret. Can science help?

Making good decisions requires us to balance the seemingly antithetical forces of emotion and rationality. We must be able to predict the future, accurately perceive the present situation, have insight into the minds of others and deal with uncertainty.

Most of us are ignorant of the mental processes that lie behind our decisions, but this has become a hot topic for investigation, and luckily what psychologists and neurobiologists are finding may help us all make better choices. Here we bring together some of their many fascinating discoveries in the New Scientist guide to making up your mind.

Whether it’s choosing between a long weekend in Paris or a trip to the ski slopes, a new car versus a bigger house, or even who to marry, almost every decision we make entails predicting the future. In each case we imagine how the outcomes of our choices will make us feel, and what the emotional or “hedonic” consequences of our actions will be. Sensibly, we usually plump for the option that we think will make us the happiest overall.

This “affective forecasting” is fine in theory. The only problem is that we are not very good at it. People routinely overestimate the impact of decision outcomes and life events, both good and bad. We tend to think that winning the lottery will make us happier than it actually will, and that life would be completely unbearable if we were to lose the use of our legs. “The hedonic consequences of most events are less intense and briefer than most people imagine,” says psychologist Daniel Gilbert from Harvard University. This is as true for trivial events such as going to a great restaurant, as it is for major ones such as losing a job or a kidney.

A major factor leading us to make bad predictions is “loss aversion” – the belief that a loss will hurt more than a corresponding gain will please. Psychologist Daniel Kahneman from Princeton University has found, for instance, that most people are unwilling to accept a 50:50 bet unless the amount they could win is roughly twice the amount they might lose. So most people would only gamble £5 on the flip of a coin if they could win more than £10. Yet Gilbert and his colleagues have recently shown that while loss aversion affected people’s choices, when they did lose they found it much less painful than they had anticipated (Psychological Science, vol 17, p 649). He puts this down to our unsung psychological resilience and our ability to rationalise almost any situation. “We’re very good at finding new ways to see the world that make it a better place for us to live in,” he says.

So what is a poor affective forecaster supposed to do? Rather than looking inwards and imagining how a given outcome might make you feel, try to find someone who has made the same decision or choice, and see how they felt. Remember also that whatever the future holds, it will probably hurt or please you less than you imagine. Finally, don’t always play it safe. The worst might never happen – and if it does you have the psychological resilience to cope.

While it’s worth taking time to settle larger decisions, don’t expend too much time and energy on the small stuff, Milkman says. “People can get freaked out by thinking, ‘I have to take all these approaches, I’ll never get through the day,’” Milkman says. “What to make for lunch or what to wear in the morning or who to have drinks with — it’s reasonable to not worry about this stuff.”

And don’t stress about the quality of your decision-making on these small choices either. Although the term decision fatigue — i.e., the more decisions you make during the day, the more likely you are to make bad ones — is buzzworthy, Milkman says research doesn’t support its supposed effects. “Having to make 10 choices a day versus two choices doesn’t mean your 10th choice will be worse,” she says. “There’s no evidence of that.” So don’t spend too much time thinking about what ice cream flavor to get after a long day: It won’t be the wrong choice.

Kescia D. Gray, RN, MS, PHN, CHES is the owner and president of GrayKo Clinical Consultants, LLC. Previously published in Corporate Wellness Magazine, she is also an international author and speaker. Some of her most recent works includes co-author of Raising Healthy Children in an Unhealthy World, The Teen Handbook for Self-Confidence, and Transformation: Reinventing the Woman Within.
‍

Subject content related your needs and the needs of your company may include, but is not limited to stress management, emotional wellness, personal development, diet, and exercise. To contact Kescia Gray, please call (866) 653-2570.

Should I let my emotions dictate my decisions?

You should take your emotions into account as part of your decision-making process, but you shouldn’t let your emotions cloud your judgment in a way that causes you to make bad decisions. For example, when it comes to deciding whether to end a romantic relationship, you should take into account important emotional considerations, such as how you feel about your partner. However, you should not let your feelings for your partner lead you to conduct a flawed decision-making process, for instance by causing you to ignore serious negative things that this person did to you.

How can I be sure I’m making the right decision?

What if I make the wrong decision?

No matter how careful you are in your decision-making, there is almost always the possibility that the choice that you make will be “wrong” in some way, meaning that it will lead you to a worse outcome compared to some alternative that you had available. Because this is generally impossible to avoid, all you can do is accept the possibility that it will happen, and try to make the best possible decision that you can, by following a proper decision-making process.

“We can’t know when we make a choice whether it will be successful. Success emerges from the quality of the decisions we make and the quantity of luck we receive. We can’t control luck. But we can control the way we make choices.”

— From “Decisive: How to Make Better Choices in Life and Work“

That said, in many cases, you’ll discover that even if you do make the wrong choice, the outcome isn’t as bad as you thought, for example because the decision is partly reversible. If you do find yourself having made the wrong decision, your main goal should be to avoid obsessing and punishing yourself over it. Instead, you should figure out what you can learn from your experience so you can make better decisions in the future, and then start looking at what you can do to move forward past this decision.

How can I avoid regretting my decisions?

There are two main ways to minimize regret toward the decisions that you make. The first is to make decisions in a way that minimizes the likelihood of future regret, and the second is to change the way you view your decisions after you’ve made them.

When it comes to making decisions in a way that minimizes regret, you should do what you can to make reasonably good decisions, which means, for example, that you should generally follow all the necessary steps of a proper decision-making process. This reduces the likelihood that you’ll make bad decisions that you’ll later regret, and will also help you know later that you’ve made a good decision given the circumstances and what you knew at the time.

In addition, where appropriate, the book “The Paradox of Choice” suggests that you can adopt the standards of a satisficer, by trying to make decisions that are good enough given the circumstances, rather than those of a maximizer, who tries to always make the best possible decision.

The book also suggests that to minimize future regret, you should reduce the number of options that you consider before making a decision. This aligns with research on the topic, which shows that regret generally arises from comparisons between the option that you select and the alternatives that you chose to forgo.

However, keep in mind that regret is influenced by various other situational and personal factors. For example, inaction tends to lead to more regret when a decision is made in response to negative prior outcomes (a phenomenon referred to as the inaction effect), while taking action tends to lead to more regret when making decisions in response to prior outcomes that were positive, or when making decisions in isolation (a phenomenon referred to as the action effect). This is important to take into account when trying to make decisions in a way that minimizes regret, because it means that decisions that you make should be tailored to you and to your specific circumstances, rather than based entirely on general guidelines.